from Carpe Dementia by the great Luke Ski 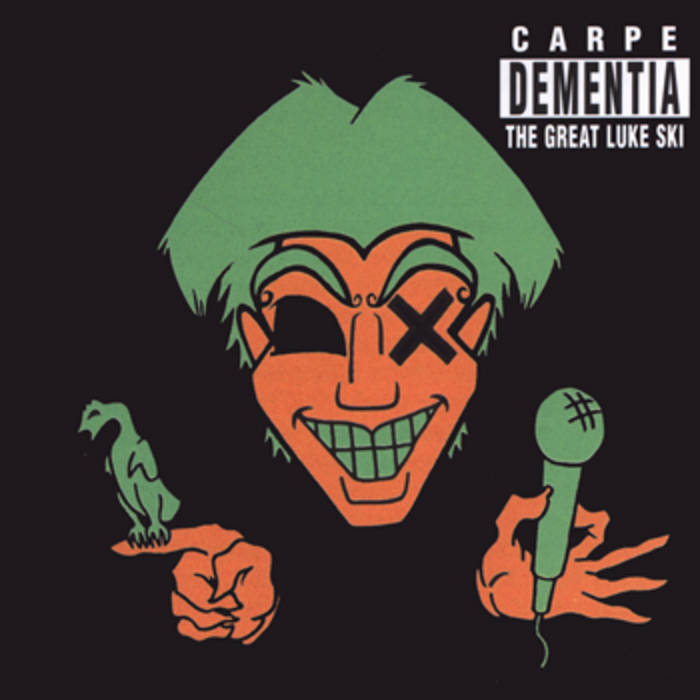 (*michigan scratch* *Answer me one question!*)
Is the Federation in the house?!?! Aw, yeah! I want all the Klingons in the house to say HO! We're gonna kick it Roddenberry style, here we go!

Captain's log. It's time to be beginnin', this five year mission.
I am Captain James T. Kirk.
Spock is a Vulcan so his actions are logical and swift
and 'dammit' Bones is a doctor, not a forklift.
Check this out y'all. Sulu warp factor two.
Chekov and Uhura are my senior bridge crew.
Don't play me like a punk, like a tribble or a Klingon.
Scotty's on the ship, so that he can help me beam on.
I'm tellin' all the Romulans and aliens to listen to these soliloquies.
What? Now I'm makin' lots of movies.
Search for Spock? On the floor he's steppin',
but I can't dance like a Genesis weapon.
Back to the T.V. show, I don't know the reason
why a five year mission only lasted three seasons?
Oh no! For goodness sakes, the ratings high? I'm off.
You off? N-B-C ya! Bye!

I got the show back on the air! You what? I did! I did!
Except this is a newer version for Next Generation kids.
I'm on the Starship E-N-T-E-R, P-R-I-S-E,
a-with the number N-C-C-one-seven-zero-one-D.
It's a hundred years later, it's a thousand man crew,
it's a good thing for me my staff knows what to do. Engage!
Wesley Crusher is not older but he's wiser.
Down in engineering Geordi is my technical ad-visor.
I go see Deanna, she's a shrink and a psych-er.
When it comes to Troi, all the boys, they will like her.
Especially my Number One, Commander Riker.
Got a beard like a stud, and a bod like Formica.
Doctor Crusher is a humanitarian,
And Klingon Worf says 'I am not a merry man!'
So who is the Captain in your neighborhood?
I guess that would be me! Can't you see? I'm chillin' in the center seat?
Cause I, am Jean-Luc Picard,
And if you think that I'm Locutus then you're one of the Borg.
Cause I drink my earl-grey and it's lemon meringue-ey.
I'm makin' more profits than any Ferengi.
Chillin' on the holodeck, I'm calm and I'm serene.
And word to Tasha Yar, I'm headin' for the big screen,
because I'm Deep Space Nine-in', chillin' with Guinan,
Makin' lots of Whoopi while my bald head is shinin',
and I've got the world's best android calculator, named
dunna-dunna-dunna-dunna-dunna-dunna Data!
His body's bionic. His brain's positronic.
Compared to Mr. Data, Albert Einstein's moronic.
I'm the big bad baldie of the whole Federation,
and I'll rock Q from here, to Farpoint Station!

Rip in the worm hole! Uh, oh. Oh, no!
Relax and you'll be fine here on Deep Space Nine.
Now Bajor is nearer, with Colonel Kira
orderin' more than, the av-er-age Bajoran.
Quark is too quick, yo he's slick like Crisco.
Fortunately, I am Captain Sisko.
I got a shapeshifter named Odo at my side,
He'll kick Quark's butt all over the promenade!
AH-ha-ha-HA! Chief Miles O'Brien.
His expertise flies the ship Defiant.
An adventure? Doc Bashir will be in it,
With an ol' man Dax, you know she's a Trill a minute!
I got my son Jake, and he's hangin' with Nog,
a shrimpy little troll, like Kermit the Frog.
I got more class than Cardassians, and I cannot
be the one to go out like Gul Dukat.
Been hollin' nine-eleven since Wolf three-five-nine
and it's so scary! Roddenberry! Word to Kai Opacca! Can I rock-a?!

Holo-Doc's attitude could be nicer,
But still I gotta say to him, 'Hail Lord Schweitzer!'
So Voyager's fine, with that Borg babe of mine,
known an Seven-Of-Nine, assimilation's divine!
Neelix, cookin' up the soup du-jour
for Security Vulcan Tuvok 'Shakur'.
Chakotay helps me to adapt.
and Ensign Harry Kim is always getting kidnapped.
The pilot Tom Paris is an egotist-er.
Went out with both of the Delaney sisters.
And I'm sure he'll wanna, get with Be'lanna,
Torres Klingon-a, tryin' to reach nirvana.
Searchin' and scannin' and cavortin',
If we wanna get somewhere, then we better start warpin'.
Captian Janeway's in command at the U-P-N.
Stay tuned, up next is 'Platypus Man!'

I'm the ruler, the master, the universe blaster.
I'll take the Enterprise to the edge of disaster.
In other words, you better start beggin' you humans.
Because I'm 'Q' from the Q Continuum.
Forget Jean and Kathy, I'm the man.
When it comes to power, I just wave my hand.
I'll turn Jean-Luc Picard into a doggie.
And then he will be barkin', into his Captain's loggie.
Forget those other guys, they're not important.
Kathy, Jim, and Jean, and Benji, - Q is omnipotent!
Damn I gotta scram, because you win, Mon Ca-pee-tin,
But I will not promise never to appear again.