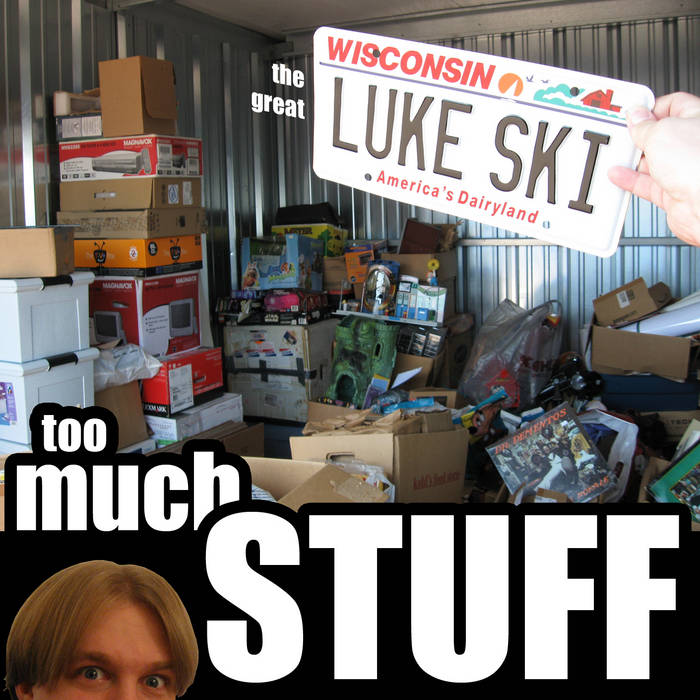 Do you have too much stuff? No, I don't mean all those boxes and bags full of comic books and action figures that are stacked up within six feet of your computer. I'm talking about the 9th full-length comedy album by the great Luke Ski, "Too Much Stuff." Not only does it have the title track which is one of the most popular songs of 2009 on the Dr. Demento Show, but it also has tracks about the new Star Trek movie, Lost, horror movie icons (Freddy, Jason, Chucky, etc.), the Transformers, tributes to Tom Lehrer, the Wisconsin Dells, and Stephen Colbert, and much more. Featuring appearances by Carrie Dahlby, Insane Ian, Devo Spice and Tom Smith. Buy this album so you too can have Too Much Stuff!